An Introduction to Augmented Reality, Virtual Reality, and Everything In Between

An Introduction to Augmented Reality, Virtual Reality, and Everything In Between

What are the differences between “augmented reality” (AR), “virtual reality” (VR), and “mixed reality” (MR)? And, more importantly, how can these technologies help workers?

There are a lot of realities out there.

No, this isn’t about the multiverse, time travel, or other dimensions. This is about the many ways we have been using technology to add additional aspects to the reality we all know — or, with virtual reality, to create a brand-new one.

“Augmented reality” or “AR” means extended or enriched reality. The user still perceives their real environment, but virtual objects or contextual information are digitally superimposed or visually integrated. AR is only as good as the internal data processing and the visualization of virtual content. That happens simultaneously, so users don’t sense delays. This ensures real-time interaction with the AR software.

The possibilities for visual presentations in AR are very diverse. The user must be able to still see their environment, either because the display is mounted to headgear that doesn’t take up the entirety of the user’s view, or an opaque screen that displays the viewing image as if the user weren’t wearing a device at all, such as with smart glasses.

Among headgear applications you will find assisted reality, perhaps the most prevalent form of AR in industrial settings. Instead of projecting a virtual object onto the existing environment, assisted reality uses headgear to display relevant information to a worker while taking up as little of their field of vision as possible. The goal is to help the worker be more efficient and safer by providing hands-free data interaction.

Any task in which a person refers to printed data or material while on the move could benefit from assisted reality. For example, in warehouses, an order sheet can be displayed to the workers as they move around the warehouse gathering goods for shipment.

In Practice: After providing assisted reality to their workers, order picking has never been more accurate at Coca-Cola Hellenic.

People often describe “virtual reality” or “VR” as a “virtual environment” or “virtual surrounding.” In VR, everything the user sees is exclusively virtual; nothing from the external world is visible. Often virtual environments are visualized with head-mounted-displays (HMDs) that surround the user’s head. These closed HMDs display an image that fills the user’s field of view. With the help of built-in and external sensors, it transmits the head movement of the user to a computer so they can move naturally in the virtual world.

In the workplace, virtual reality can be used during design or prototyping processes so workers can see the finished product before it exists. Of course, VR is already being used in gaming and other entertainment.

In the industrial setting, we take the term “mixed reality” in the literal sense and often describe the physical mixing of realities. For MR, the device being used must offer spatial tracking and be able to scan its surroundings. For example, the Microsoft HoloLens uses spatial mapping and inside-out tracking. Using this technology, a mixed reality application then produces 3D models of real-world objects and displays them virtually. With such tools, you can interact with the world both virtually and physically.

In the case of augmented reality remote support solutions like TeamViewer Assist AR, this may mean you can place a virtual “sticky” annotation on a real object and have that annotation remain with the object within the MR tool no matter how you move. You may also see MR described as “spatial augmented reality” or “spatial AR.”

The Future Is Virtual

If you inspect VR or AR, it becomes clear the definitions are ever shifting with the technology. In the most basic sense, they mean the same (the interaction between humans and machines using visualization and physical movement rather than mouses and keyboards), but they differ and can cause misunderstandings. To make it easy, AR still incorporates the real world, where VR attempts to replace it.

Since software and technology are constantly being developed, alternative forms of virtuality keep being added. Eventually, they must be explained and named.

No matter what we call this technology, humans will continue to find new ways to use data to enhance the analog world to improve work and play. Starting to explore these technologies now means there will be less of a knowledge gap when AR, VR, and/or MR become commonplace in the world of work.

Learn more about how frontline production can be improved through AR in our latest on-demand webinar. 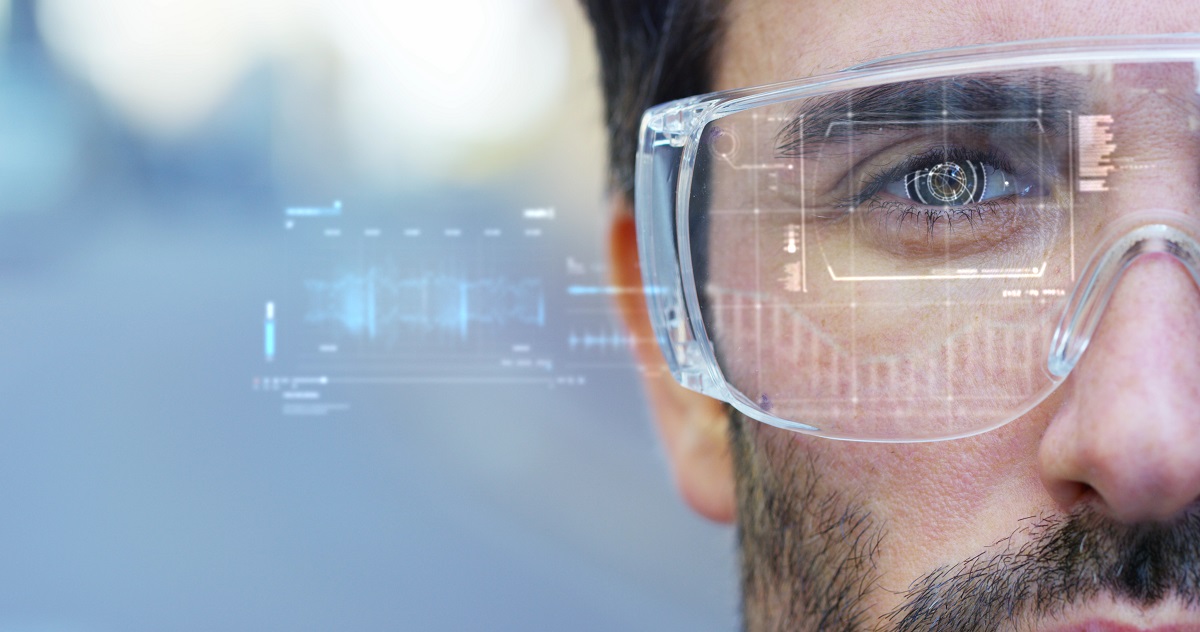 The advantage of smart glasses applications is particularly noticeable in industry. Here it is possible to avoid machine downtime and thus reduce costs. The use at enterprise level makes it possible to retrieve data in real time and to realize interactive collaboration with experts. 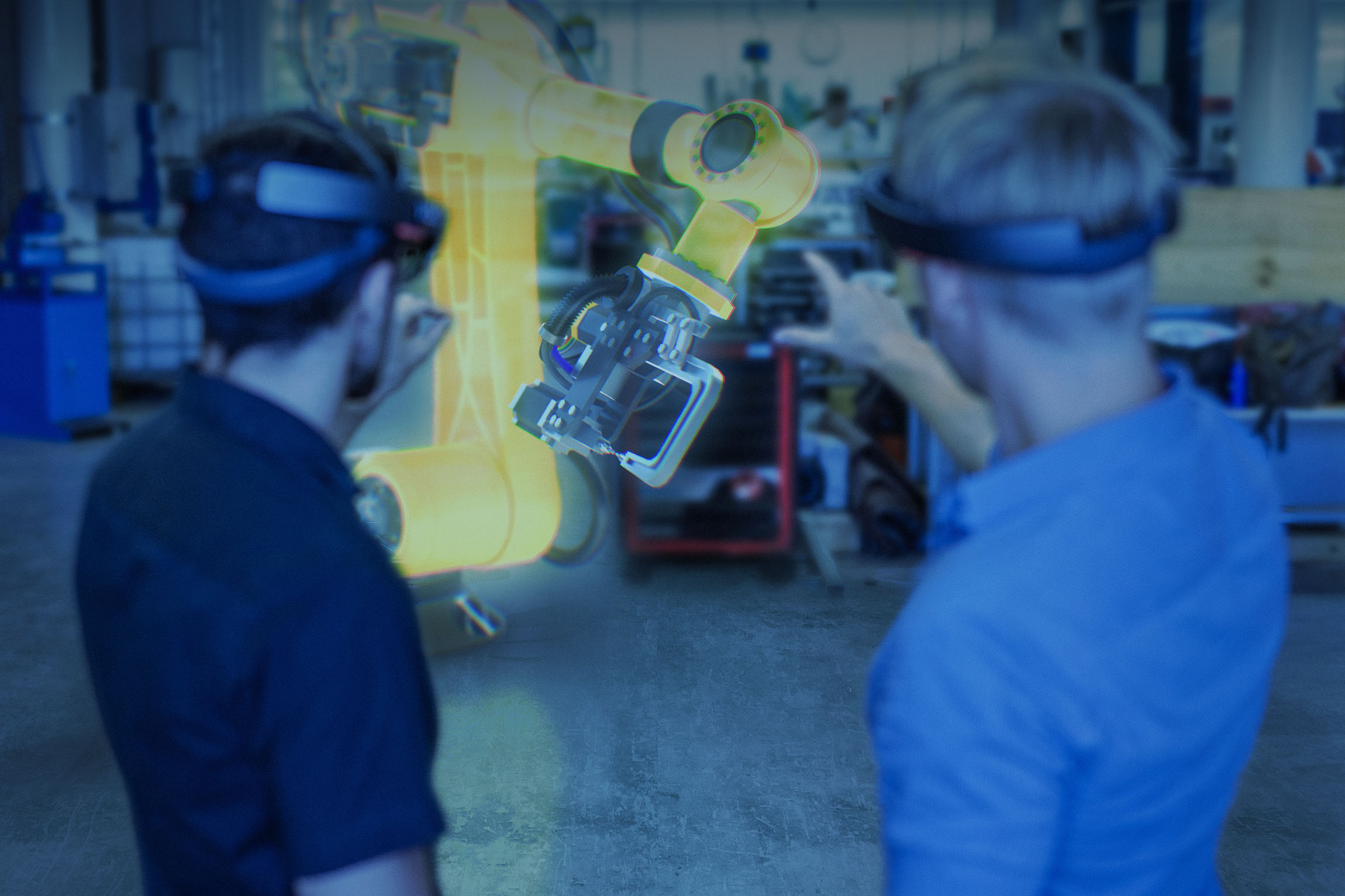 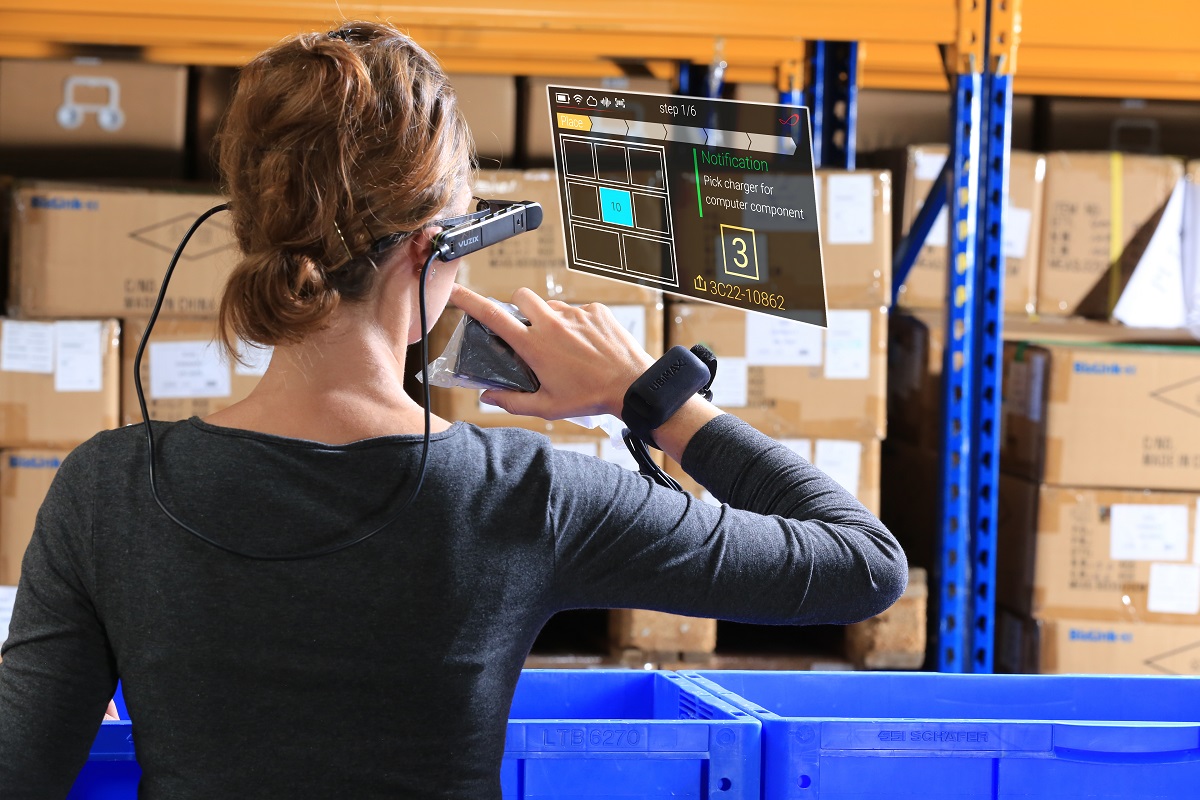 The time required in the warehouse is an important key to the efficiency of the process at hand. To ensure that the picking process is as fast as possible, vision technology offers a high level of transparency.